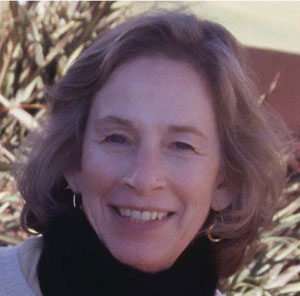 My research uses tracers to investigate physical processes that affect the capacity of the oceans to take up atmospheric constituents. Over the years I have been involved in several international global change programs, using measurements of chlorofluorocarbons to deduce rates of climate-altering processes. This research has contributed to estimates of the age of oceanic layers, their transportation pathways, and their renewal rates, as well as rates of biogeochemical processes.I take great pleasure in discovering new things, working with interesting colleagues from diverse disciplines and backgrounds, and doing field work in the world’s oceans. Guiding the development of graduate students is especially rewarding. I chaired the Division of Marine and Atmospheric Chemistry at the University of Miami, and served on, and chaired, numerous advisory committees.

I actively participate in several professional societies having served as section officers in AGU and AAAS, and on the Council of the AMS. I am deeply gratified to have been named a Fellow of each of those societies. Growing up in New York City and Miami, I have loved water sports from SCUBA diving, to sailing dinghies, to big-game fishing. Admission to the Bronx High School of Science started me on a career path involving science and mathematics. I received a B.A. in mathematics from New York University, then an M.A. in mathematics from the University of Miami. In 1971, I enrolled at the Rosenstiel School wanting to apply mathematics to oceanic processes. When I completed my Ph.D., for personal reasons, I did not want to leave Miami, and that was fortuitous. I received a postdoctoral appointment at the Rosenstiel School’s Tritium Laboratory. From that beginning, I have become a proponent of applying chemical tracers to climate relevant problems.As a young woman it was difficult to overcome the macho, nearly 100 percent male, environment on research vessels; and at professional meetings I was often the only woman scientist. Over time, with the support of my husband, friends, and some men colleagues, I became more comfortable. The working environment has also changed substantially. The turning point in my career came while serving as a program manager at the National Science Foundation. At NSF, I gained an appreciation for how my interests fit into the bigger picture of Earth science, and the importance of networking at meetings. I learned that not only did women scientists have insecurities, but men were also insecure, they just compensated in a different way. This had a huge affect on my ability to work in a male-dominated environment. On returning to the University of Miami, I was offered a tenure-track position, which I enjoy today. When I went to work at NSF in 1981, I was one of four women physical oceanographers at an academic institution in the United States. It is gratifying to see a much larger and hopefully expanding proportion of women colleagues today. Though there is still more work to do, the attitudes and ideals of my young women, and men, colleagues are having a positive impact on oceanography. I certainly enjoy being part of this continuing evolution.