Since completing a PhD in ocean and climate physics at the Lamont-Doherty Earth Observatory (Columbia University), I have combined classroom teaching, research, informal science educatio 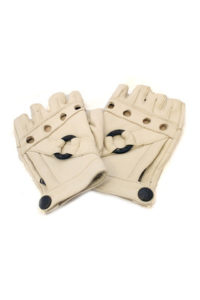 n, and various artistic pursuits in to an unusual and satisfying career. As a professor, I teach physics to undergraduates at Marymount Manhattan College, climate change to educators at the American Museum of Natural History, and oceanography to non-science majors at the City University of New York. My research interests are in general ocean circulation, ENSO, the Indonesian throughflow, AMOC, climate change, and sea ice. I do not currently hold a research position, but I consult occasionally on individual projects at NASA/GISS and private institutions. Designing and teaching a class on climate change at the American Museum of Natural History has been a highlight of my career. I taught adults from diverse array of ages, careers, and educational levels to have cocktail-party level conversation about climate change. It has been my experience that presenting science as something we do because it’s fun – which is generally the truth – is an effective way to convince those who identify as “non-science-people” to consider scientific truths and listen to scientific reasoning. I teach about oceanography, climate change, and related topics to general, non-scientific audiences at festivals and parties. My audiences at those venues include many people who would not deliberately choose to attend a science talk, but are willing to listen for a bit as long they remain entertained. Since I am also a fire performer, dancer, and event producer, I am able to bring science to places where it might not otherwise be welcome. When I began combining science and art I met a fair amount of resistance from the geosciences community. That was in 2010, when I first co-produced and performed at the Mermaid Lagoon, a fundraiser/performance/educational event at an underground party space in Brooklyn. I gave a brief scientific talk as Dr. Mermaid, and have been teaching under that name ever since. Since then, much of the scientific community has come to value informal science education. As of AGU 2015, there were multiple sessions on the topics of informal science education, science and art, and translating science for broader audiences. As much as I love research, particularly at sea, I feel that there is a pressing need to produce a more scientifically literate population.