I am an observat 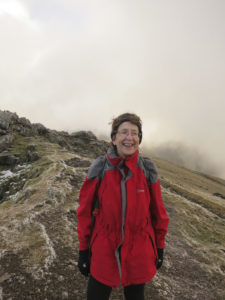 ional physical oceanographer whose research interests have evolved over the course of my career, from wind waves to the wind-driven circulation to the ocean’s meridional overturning, and from the tropics to the Southern Ocean. I view the opportunity to reinvent oneself as one of the perks of being in a relatively young discipline. This is less true today as oceanography has become a more mature science. I majored in mathematics in college and discovered oceanography when I took a survey course my senior year to fulfill the last of my general science requirements. As part of the course, we viewed the documentary film, “Waves Across the Pacific,” and I was fascinated how Walter Munk and his fellow scientists could identify and track surface waves generated by southern hemisphere storms across the Pacific all the way to Alaska. After a gap year, I applied to graduate school in the MIT/WHOI Joint Program. My thesis topic was nonlinear surface and internal gravity waves. My surface wave results were based on laboratory and numerical experiments, but I took advantage of an opportunity to propose an internal wave study, making shipboard measurements on MIT’s coastal vessel R/V Edgerton. Although quite short, that cruise turned out to be fairly representative of the highs and lows I have since experienced in more than 30 years of going to sea — it had its share of bad weather, instrument malfunction, and seasickness, eclipsed by the excitement of observing the predicted packets of internal waves propagating shoreward and the camaraderie of a group effort (in this case my fellow students and my advisor’s engineer who volunteered their help). I have spent the majority of my career at Scripps Institution of Oceanography. I have been an Oceanographer in its research series since 1987 and a Senior Lecturer since 1997. My research interests have remained observation based but have evolved towards observing phenomena of larger spatial and longer time scales. An overall goal is to identify, describe and quantify the ocean’s role in the Earth’s energy balance and its response to change. Ten years ago I was just beginning to make observations in the Southern Ocean; today my time series of Drake Passage current measurements is entering its 16th year, and the recently completed cDrake experiment that I co-led is providing a rich dataset for examining the dynamics of the Antarctic Circumpolar Current. The biggest challenge that I have faced is continued funding, especially for sustained observations, which have been difficult to maintain despite the community support for such measurements. As to advice for younger oceanographers: when I was a graduate student, most oceanographers that I knew were on soft money, but now the paradigm has shifted. Today the basis for a long and satisfying career is a hard money position.