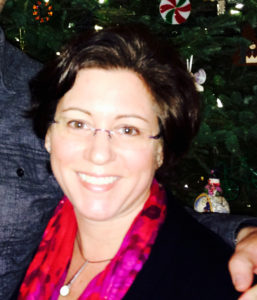 I use visible satellite remote sensing and optics to address questions related to phytoplankton ecology and physiology, primary productivity, carbon cycling, biogeochemistry, and physical drivers of biological variability in marine and freshwater systems. While estimating the amount of phytoplankton from space is something that we’ve been doing for nearly 20 years, my work has focused on discriminating the size of the phytoplankton cells from imagery and connecting this information to the sink of carbon in the ocean. In coastal environments, there are many other signals contributing to satellite observation beyond phytoplankton. In these cases, I work carefully to understand the interaction of light with the natural constituents in water with focus on how to develop relationships to ensure the satellite signal is appropriately attributed, reducing uncertainty and allowing studies of temporal and spatial evolution of phytoplankton, various carbon pools and minerals in the environment. Paths are not as linear as we might first plan them to be. I’ve hopped around the country fare more than I ever intended to and seemed to have played a tug-of-war between limnology and oceanography crossing both communities several times. I was born and raised on the shores of Lake Michigan. I completed my B.S. (2000) in Biology at Western Michigan University, M.S. (2003) and Ph.D. (2009) in Oceanography at the University of Rhode Island, Graduate School of Oceanography (URI, GSO). My heart strings pulled me back to the Midwest and I went on to a post-doc and then an Assistant Researcher position at the University of Wisconsin-Madison, followed by four years as an Assistant Professor at Michigan Technological University. As of fall 2016, I’m back at URI, GSO as an Assistant Professor.